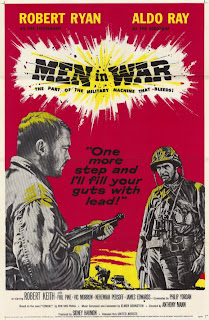 Listen live or to the archive HERE starting at 2pm ET on Sunday!
Posted by Morricone Youth at 10:15 PM 0 comments 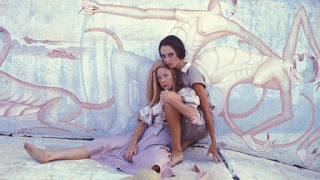 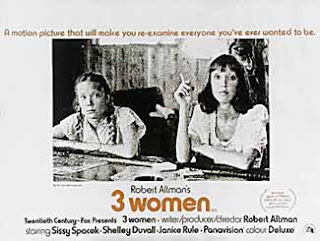 Just watched "3 Women" a 1977 film directed by Robert Altman, starring Shelley Duvall, Sissy Spacek, and Janice Rule.  I was blown away by the  haunting score composed by Gerald Busby, a long time resident of the Chelsea Hotel, with whom I was unfamiliar.  Prior to 3 Women, Busby composed the score for "Runes", a ballet commissioned for the Paul Taylor Dance Company and worked as an associate with Virgil Thomson during that composer's later years and was the subject of one of Virgil's "Portraits in Music." He is not credited to any other feature films.
Great film.  Great score.  Hope to play some of the music on the next show if I can track it down.
Posted by Morricone Youth at 2:50 PM 1 comments

"You Light Up My Life" Composer Suicide 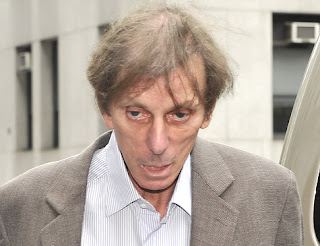 Songwriter Joseph Brooks, who rose to fame after penning the No. 1 hit, 'You Light Up My Life,' was found dead yesterday (May 22) of an apparent suicide. He was 73. The New York City resident was discovered late Sunday afternoon on his living room couch with a plastic dry-cleaning bag around his head, a towel around his neck, and a hose attached to a helium tank inside the bag. 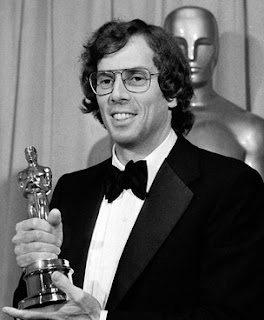 The father of two left a three-page suicide note detailing his various health issues. He had been awaiting trial on charges of 82 sex crimes, after allegedly luring women to his apartment under the guise of auditioning them for roles in upcoming films. In addition, his Upper East Side apartment was the cause of a recent lawsuit, with a former friend trying to seize the 15th floor co-op to recover more than three million dollars in debt that Brooks owed.

Neighbors report that Brooks frequently had young women visiting him, even after a stroke left him partially disabled in 2008. He sued a 22-year-old former fiancée two years ago, after allegedly spending more than two million dollars on her, before learning she was married.  The last person known to see Brooks alive was a deli worker, Jamie Lee, who routinely sold him the Sunday newspaper. "He normally buys papers, but [yesterday he just bought orange juice," she reveals to the New York Daily News. "I thought that was unusual."

'You Light Up My Life' was featured on the soundtrack of a 1977 film by the same name, starring Didi Conn and Michael Zaslow. The song earned Brooks an Oscar for Best Original Song, as well as a Grammy Award for Record of the Year. Debby Boone released the song as a single, which became the title track of her debut album, with Brooks producing the entire project. The song was later covered by more than a dozen artists, including LeAnn Rimes, Whitney Houston, Perry Como, Kenny Rogers and Lee Greenwood. 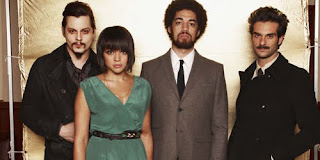 Posted by Morricone Youth at 2:46 AM 0 comments

Last Wednesday, May 18th
Morricone Youth played a primarily instrumental set of 60's soundtracks for
Alex Gimeno (Ursula 1000) and Evan Tritt's (DJ Xerox)
monthly Turtleneck party at Otto's Shrunken Head.
Turtleneck!
A Retro Futuristic Playground
DJs Ursula 1000 and Xerox took us on a trip to back in time to the future!
Flew with us at supersonic speeds as we took a groovy romp through
space age pop, spy soundtracks, tv themes, exotica plus all the
swingin tunes from Bedrock all the way to Orbit City.
Each Month features a different $5 Specialty Martini to enhance
your listening pleasure. This month was the Morritini in our honor. 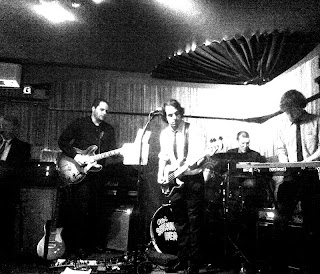 Also on the bill were El Muchacho and the awesome Daikaiju - psycho surf band from Alabama!
Future Turtleneck party information can be found HERE! 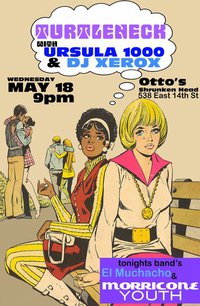 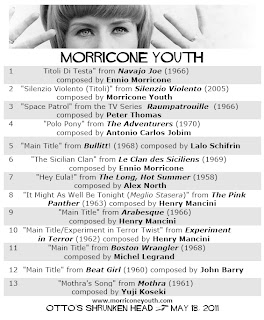 On Morricone Youth this weekend, host Devon E. Levins will welcome onto the program acclaimed film, television and video game soundtrack composer Bear McCreary for an exclusive interview and in-depth listen to his music. 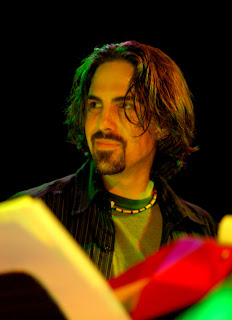 At the ripe old age of 24, Bear McCreary was launched into pop culture with his score to Sci Fi Channel's hit, Battlestar Galactica.  Four seasons and seventy-five episodes later, Galactica is universally revered, having won the prestigious Peabody Award and special recognition from the United Nations, establishing himself as a major creative force in the industry.   Io9.com declared Bear McCreary one of the Ten Best Science Fiction Composers of all time, listing him alongside legends John Williams, Jerry Goldsmith and Bernard Herrmann.  He was the only composer under 50 on the list, (he is now 32).  Teaming with renowned musicians such as Steve Bartek and Vatos Hernandez of Oingo Boingo, McCreary created the Battlestar Galactica Orchestra which he has conducted before audiences in sold-out venues around Southern California and, in 2010, Spain playing with the Tenerife Symphony Orchestra and Choir for a massive concert in the world-renowned Tenerife Auditorium.
McCreary's unique combination of atypical instrumental background (he is a professional accordionist) with rigorous classical training (degrees in Composition and Recording Arts from the prestigious USC Thornton School of Music) prepared him to write for quirky, off-kilter ensembles or symphonic orchestras.  Or both at once.  Among the select protégés of the late Elmer Bernstein (The Magnificent Seven, The Silencers, Man With the Golden Arm, Ghostbusters), McCreary worked closely with the film music legend for nearly a decade.  Working from Bernstein's own hand-written pencil sketches, McCreary completely reconstructed and re-orchestrated Bernstein's 1963 score for Kings of the Sun, starring Yul Brynner.   Elmer Bernstein himself conducted McCreary's Kings concert suite in performances around the world.  The collaboration resulted in the first time the complete score became available as a soundtrack album in forty years.
Bear McCreary has provided unique and critically acclaimed scores for FOX's Terminator: The Sarah Connor Chronicles, the NBC medical drama Trauma, and SyFy Channel's hit series Eureka and Caprica.  He also provided an unprecendented live orchestral score for FOX's comic-book action series Human Target, recording with the "largest group of musicians to play on a live-action TV series in years."  In the summer of 2010, McCreary scored his first theatrical feature film, Step Up 3D, for Touchstone Pictures.  McCreary's other feature film work includes Warner Bros.' Rest Stop (2006), its successful sequel Rest Stop: Don't Look Back (2008), and Twentieth Century Fox's Wrong Turn 2 (2007).  He most recently scored The Walking Dead, AMC's adaptation of the beloved comic book, collaborating with writer/director Frank Darabont (The Shawshank Redemption) and producer Gale Ann Hurd (Aliens, Terminator).  He is currently composing a full orchestral score to NBC's superhero drama The Cape.
To add to McCreary's video game score credits (CAPCOM's Dark Void and its retro spin-off Dark Void Zero), McCreary's Original Soundtrack for the highly-anticipated next generation console entry in Sony Playstation's best selling franchise SOCOM 4, was released last week as a deluxe 2CD (limited edition 2,000 copies) by La-La Land Records.  "SOCOM 4 is the most exotic score I’ve composed," states McCreary on his website (www.bearmccreary.com).  "One that represents a striking step away from the usual tone of the shooter video game genre."  It features a full orchestra and Asian instruments, including the spectacularly other-worldly tones of a gamelan ensemble.  Bear McCreary will be signing copies of the SOCOM 4 at Dark Delicacies (3512 W. Magnolia, Burbank, CA  91505) on May 21, 2011.  This, along with the composer's illustrious career, will be the subject of this Sunday's edition of Morricone Youth. 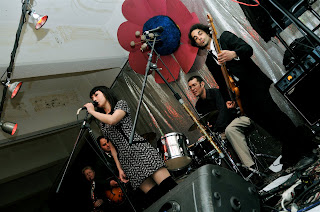 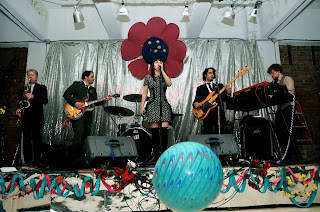 Posted by Morricone Youth at 2:40 AM 0 comments 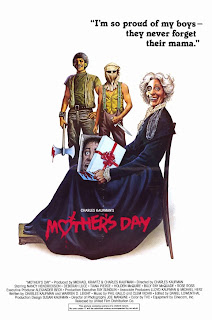 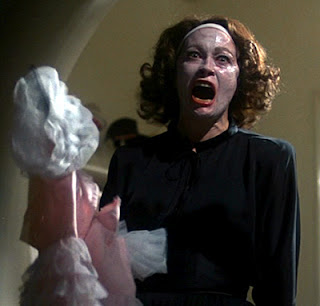 It's the second Sunday of May this weekend. You know what that means? Yep, It's Mother's Day! You can scramble to get some flowers delivered, fight for a brunch reservation at the last minute, or simply sit around your computer or mobile device and listen live to your source for all things soundtrack, this Sunday at 2pm ET, when hosts Devon E. Levins dedicates the entire two hours to film music for Mom's of all kinds, everywhere.