Tune into your source for all things soundtrack, Morricone Youth, this Sunday, February 26, from 2-4pm ET, for a look back at the scores of films released in 2011 in honor of the 84th Academy Awards scheduled to take place later that day at the Kodak Theater in Hollywood, CA.. Whereas last year's winner Trent Reznor and Atticus Ross' work for The Social Network was built largely on electronic and ambient sounds created by the Swarmatron analog synth, all five nominees this year utilize a full orchestra with nods to scores past. The Artist to Bernard Herrmann's Vertigo; Hugo to Shore's early score for Big but with more French flair; Tinker Tailor Soldier Spy to spy thrillers such as John Barry's The IPCRESS File or Jerry Goldsmith's Russian House; and John Williams' War Horse and The Adventures of Tintin to...well, errr...John Williams. It was a pretty great year for film music.

Host Devon E. Levins will review the nominated original scores and songs, discuss his obvious pick for the coveted Oscar and conclude with some of his favorite overlooked music from the past year. 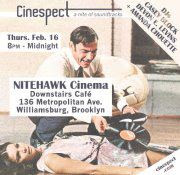 Please join us at the Nitehawk Cinema's downstairs café for an evening of cinephilic reverie/revelry as DJs Casey Block, Devon E. Levins (Morricone Youth), and Amanda Chouette spin their favorite soundtracks for your listening pleasure.
Posted by Morricone Youth at 3:48 AM 0 comments 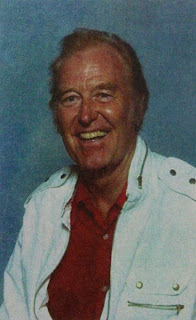 Anyone who remembers the old NFL Films highlight shows ("NFL Game of the Week") will fondly remember the music of synthesizer pioneer Sam Spence or KPM library music production composers Johnny Pearson, Syd Dale and Keith Mansfield. For most football fans, the music is etched into their memories. Nobody knew the names of the songs nor the composers but they surely recognized them when they heard them.

A former USC music instructor living and working in Munich in the 1960's, Sam Spence is a peculiar piece of the complicated krautrock puzzle hired in 1966 to score the mini-documentaries that conveyed NFL highlights and personalities to fans in the network-television era. Spence's music cues combined with the baritone voice of John Facenda to remarkable artistic effect. Initially Mahlon Merrick was asked to provide scores for NFL Films. Merrick asked friend Spence to help in the session adding his own orchestral compositions with strings and woodwinds, more like a Hollywood film score. It turned out Spence's contributions were NFL Films founder Ed Sabol's favorites and he offered Spence a three-year contract to write, conduct, and produce NFL Films' music.

NFL Films productions weren't just seen; they were felt. The music is what defined the style that set the standard. For NFL Films, music always held great importance in the production process and, along with the booming narrations and moving images of the game of pro football, music served as a key element of what has become known as The NFL Films Style. Steeped in tradition but relentlessly innovative, this music has created a reputation of the highest production quality, powerful, dramatic moods and dynamic support for the most compelling visual content. NFL Films Music shares DNA with great film scores and classic popular music. This is music that is designed to tell stories.


NFL Films made the fan albums available on vinyl in the 70's. If you were persistent, you could also find the additional KPM library production albums from which many of the other non-Spence tracks derived. Today, Spence's music is ubiquitous heard, on shows like The Simpsons, Everybody Loves Raymond, King Of Queens, Saturday Night Live, The Tonight Show, Sponge Bob and several TV and radio commercials. Recently, Spence has received a resurgence with recent compilation releases "Sam Spence: Our Man In Munich" (All Score Media) and "Sam Spence Sounds" (Finders Keepers). 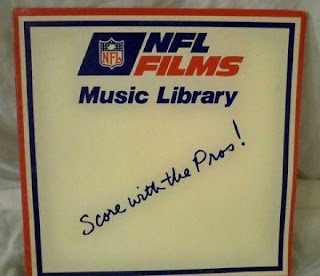 Tune into your source for all things soundtrack, Morricone Youth, this Super Bowl Sunday, February 5th from 2-4 p.m. ET, for host Devon E. Levins' curated listen to highlights of NFL Films Music. Expect tons of Spence, a bit of KPM and maybe a couple of random Giant or Patriot film scores thrown in for good measure.