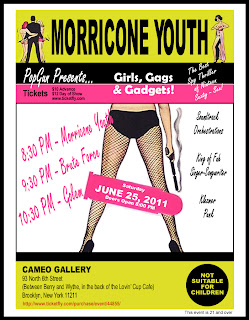 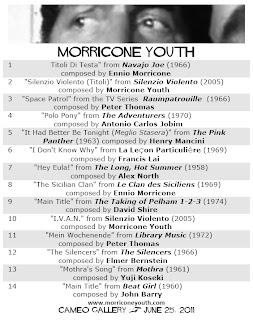 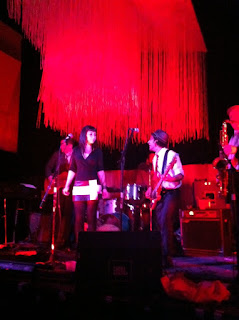 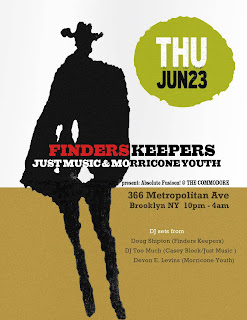 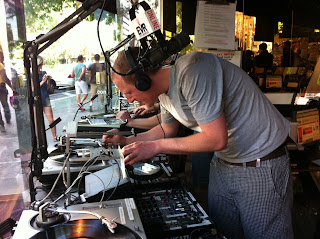 Doug Shipton of Finders Keepers Records curated an INSPIRING two hours of OSTs on this week's installment of Morricone Youth (East Village Radio) filled with past, present and future releases from the label as well as many of Doug's favorite non-FK recordings.  The set was full of surprises from around the globe along with some insight into the mad scientist's brain including his recent obsession...Russian film music.

The show is of course archived for your personal edification and enjoyment HERE!

Posted by Morricone Youth at 1:58 AM 0 comments 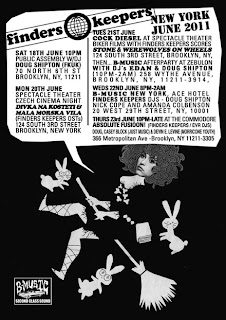 Thank God for crate-diggers. Providing a valuable service for all mankind, this particular breed of lunatic scours the far-flung, dusty corners of recorded music to deliver us sonic artifacts rescued from obscurity.  Without these freaks most of us would have no idea how awesome Cambodian psych-rock,Iranian Jazz-Fusion, and Australian biker movie soundtracks are. Finders Keepers is one of those record labels that rarely leaves any stone unturned in their pursuit of killer jams from around the world. Starting this Saturday, Finders Keepers’ co-founder Doug Shipton will be in town for a myriad of cool events celebrating the unsung, under-appreciated and just plain forgotten music of yesterday.
As we’re sure you know, many of EVR’s DJs are proponents of the kind of obscure music Finders Keepers trades in. Mr. Shipton will be doing a guest DJ set on EVR’s Morricone Youth program on Sunday, June 19th at 2pm ET as well as manning the wheels of steel alongside Minimal Wave’s Veronica Vasicka on Saturday Night at Public Assembly for the Other Music/Academy Annex Northside Showcase.  The London-based Shipton will wrap up his NYC takeover on Thursday, June 23rd with yet another DJ gig at at The Commodore in Williamsburg along with sets by Just Music’s Casey Block and Morricone Youth’s Devin E. Levins—an event celebrating the release of Absolute Fusioon, an album of killer progressive rock from Spain.
Watch the trailers for Stone and Werewolves On Wheels, two films whose soundtracks have been re-issued by Finders Keepers and will be screened at Williamsburg's  Spectacle Theater on Tuesday, June 21st and try to make it out to some of these rad events Finders Keepers has put together. 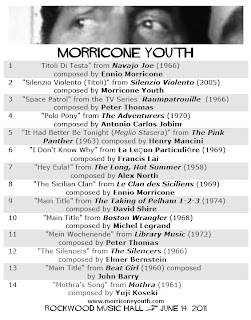 ...Got booed off the stage and didn't get to play Beat Girl... 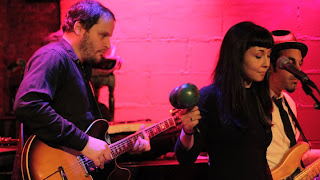