London-based label Blackest Ever Black is releasing a limited edition compilation of post-industrial soundtrack compositions recorded between 1993 and 1994 by New York electronic duo Black Rain, available on vinyl for the first time. Morricone Youth host Devon E. Levins will welcome Stuart Argabright on the show this Sunday for an exclusive interview and listen to the new release and some of his other film and television music. 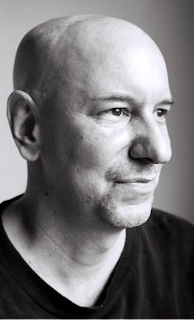 "Now I'm Just A Number: Soundtracks 1993-94" is a collection of cues by Stuart Argabright and his Death Comet Crew accomplice Shinichi Shimokawa. Working together as Black Rain, the two were commissioned to score Robert Longo's 1995 film "Johnny Mnemonic" and an audiobook version of seminal cyberpunk novel "Neuromancer," both coincidentally written by William Gibson. Argabright had been working with both Gibson and Longo on various projects since 1984. Ultimately these sounds never made it to the final cut of "Johnny Mnemonic" although collected on the 1995 and 1996 CD's released by D.C.'s Fifth Colvmn Records entitled "1.0" and "Nanarchy," respectively. Black Rain originally formed in 1989 as a post-punk/post-industrial band comprised of Argabright, Shimokawa, Dave Vulcan, Bones and Thom Furtado incorporating punk tempos, short concise song forms, turbo drumming, metal percussion and sound effects while performing at the likes of CBGB's, The Bank, Bond Street Café, C Squat and the Anniversary Party of the Tompkins Square Park Riots. Black Rain had their final show before scaling down to a duo opening for G.G. Allin at The Gas Station in 1993. 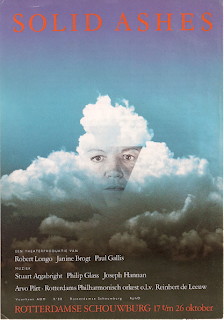 Stuart Argabright has been working in NYC since 1978 as an artist, producer, director, composer and member of acts such as Ike Yard (a four-way synth attack which became the first American group to have a full-length released on Factory Recordsand later composing music for Tomas Koolhaas' documentary "REM"), The Rudements, Futants, Death Comet Crew (Nicholas Roeg's "Insignificance"), Dominatrix ("Grosse Pointe Blank"), The Voodooists (Jonathan Demme's "Married To The Mob"). From 1997 to 2002, Stuart joined ex-Bowie synth guitarist Chuck Hammer to compose over 80 original scores for cable television programs including "Trauma: Life In The ER," "Paramedics," "Breaking News," "Maternity Ward" and "World Birth Day." "Trauma" was nominated for an Emmy Award in 2001. Black Rain will be performing this weekend at the Issue Project Room in Brooklyn with Ukranian sound-collagist Kotra on Saturday, April 21, day three of the four day Unsound Festival. The bill is a part of the Unsound Labs Program featuring collaborations between musicians of different backgrounds working together for the first time in a series of unique free performances. Curated to cross borders related to matters of sound and geography, this year's program pairs artists from Eastern Europe and Scandinavia with musicians from the U.S.

Black Rain and Stuart Argabright's other music of the moving image highlights will be the subject of this Sunday's edition of Morricone Youth. Listen live starting at 2pm ET this Sunday.  As always the show will archived HERE!
Posted by Morricone Youth at 11:11 PM 0 comments